We all adapt playing tennis, disability or not. Tennis is the game of adjustments.

Tennis is for everyone! Wheelchair Athletes,  the Blind, the Deaf, Special Olympians, “Able-Bodied”, and a fairly new competitive category of playing tennis, Adaptive Standing all enjoy time on the court.

South Americans and Spanish speaking persons will recognize it as TAP, Tenis Adaptado de Pie. This translates to tennis Adapted in the Standing Position.

Americans have used the phrase, amputee tennis, or many have been playing in leagues and with friends whom do not have a disability. In 2016 after Houston, Texas hosted the USA TAP OPEN, Adaptive Ambulatory Tennis has become a somewhat “adopted” phrase as new players, not only amputees, have began competing in tennis matches against each other.

Currently, there are many around the world advocating for this way of tennis to be recognized by the International Tennis Federation (ITF) to eventually be played at the Paralympic Games and in Tennis Grand Slams. This is an International joint effort involving many others.

To date, there are programs for this emerging category of Adaptive Tennis in the United States, South America, Chile, South Africa, Brazil, France, Austria, Spain, Portugal, Sweden, Japan, Puerto Rico, Venezuela, Argentina, Peru, Mexico, Portugal, Italy and Germany. In 2015 Enzo Amadei of Chile started the TAP WORLD TOUR. To date there have been 6 International Championship Tournaments. These Tournaments or “International Championships” attract players from around the world to fly in to a new country to compete showcasing this new category of play. Points and International Rank are awarded on this Tour. Players eligible to compete are Amputees, cerebral palsy, hemiplegia, hemiparesis, and congenital malformations. You are registered to compete in a certain category based on medical diagnosis.

Current competitive information, categories, and rules are up for debate during this time of growth. Categories will eventually be altered in the future with the addition of more players, as well as creation of a ladies division. Listed below are categories that are used on the TAP WORLD TOUR.

Category A1
Is for individuals who are missing a hand, arm, upper body impairment, or an individual who is missing one leg below the knee. Typically, players who compete in this category can play high 4.5 – 5.0 categories in the United States. Traditional tennis rules are followed. 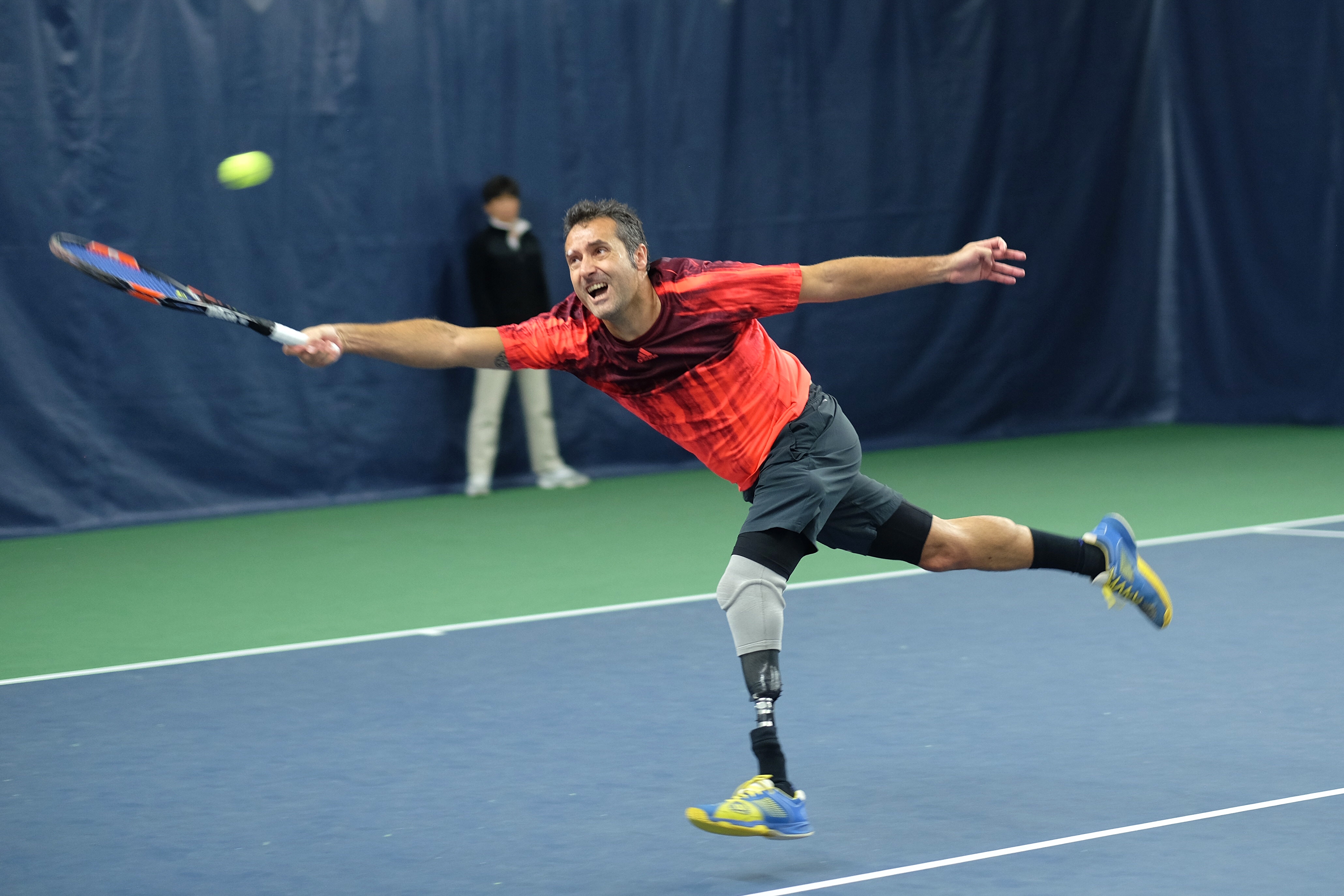 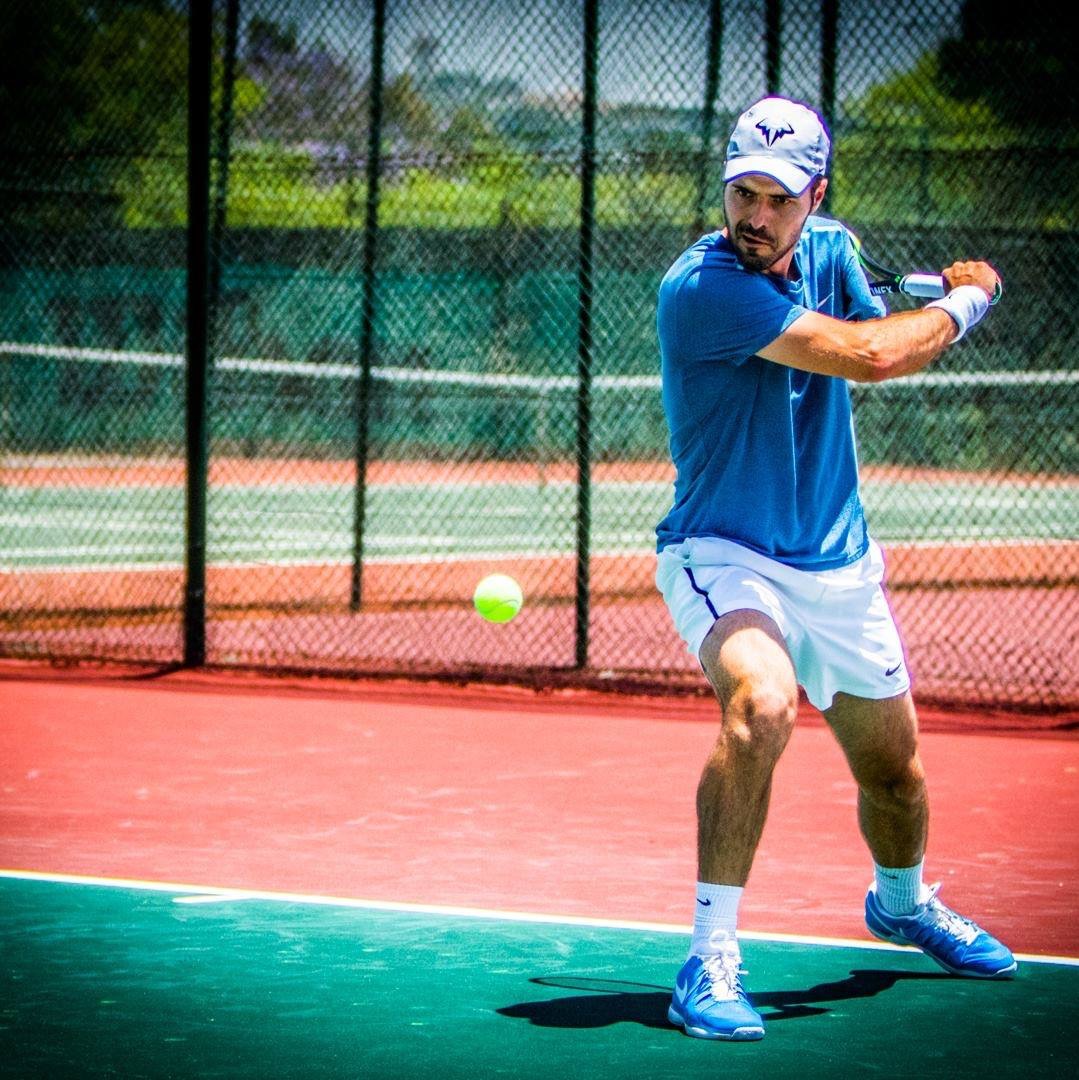 Category A
Is for individuals with upper limb deficiencies (smaller arms), cerebral palsy, hemophilia, an amputation of the leg above the knee, amputations of both legs below the knee, or an individual with an amputation below the knee with impairment to the other lower limb. Players who compete in this category can play anywhere from a high 3.5 to 4.5 category in the United States.
Standard tennis rules apply for these categories. 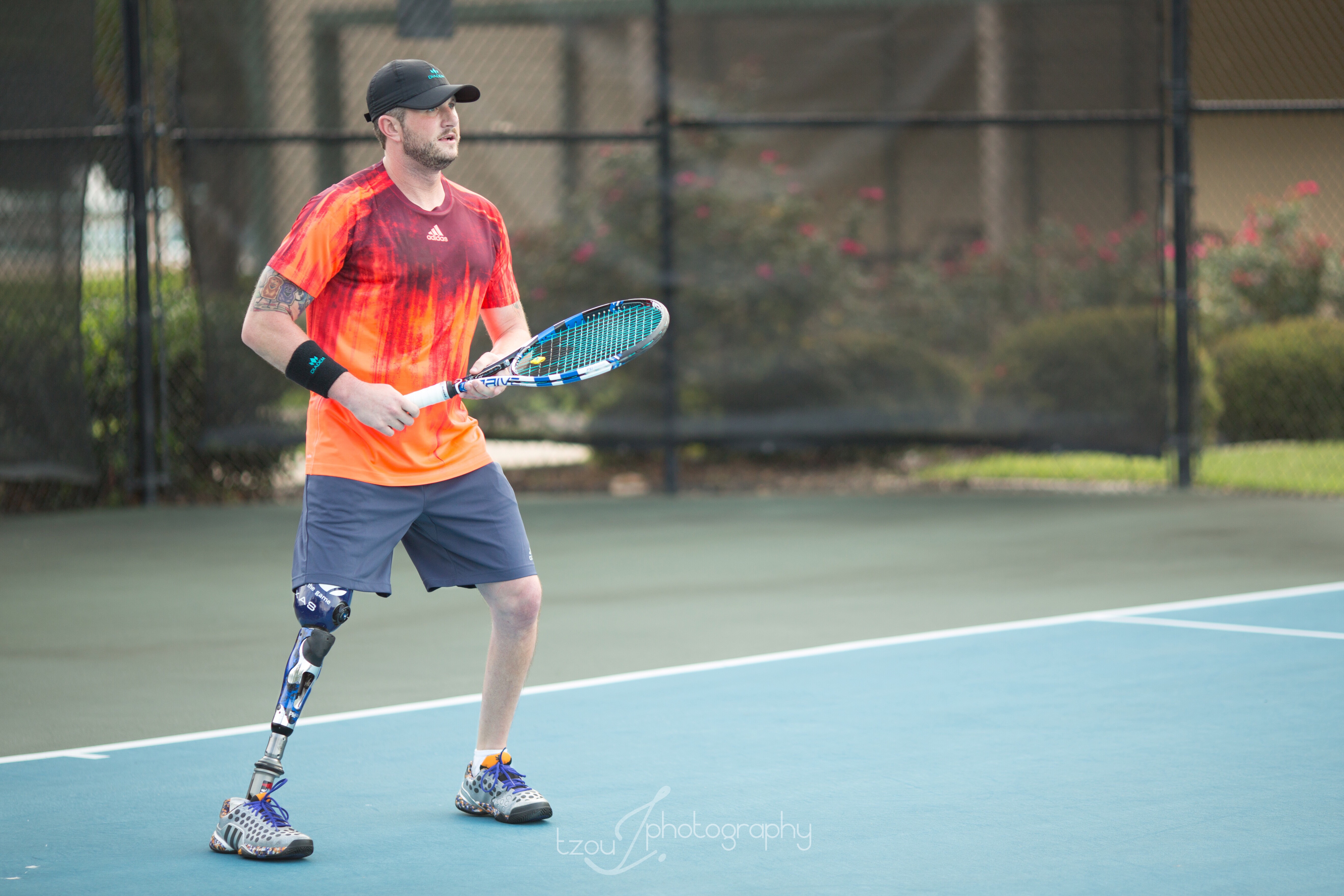 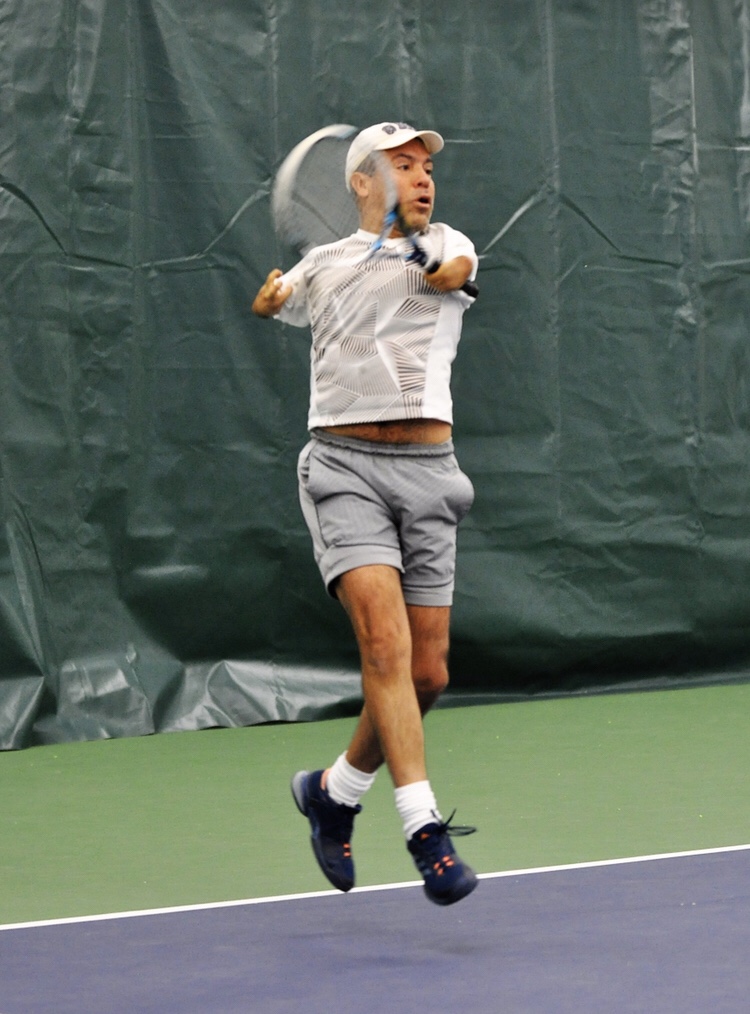 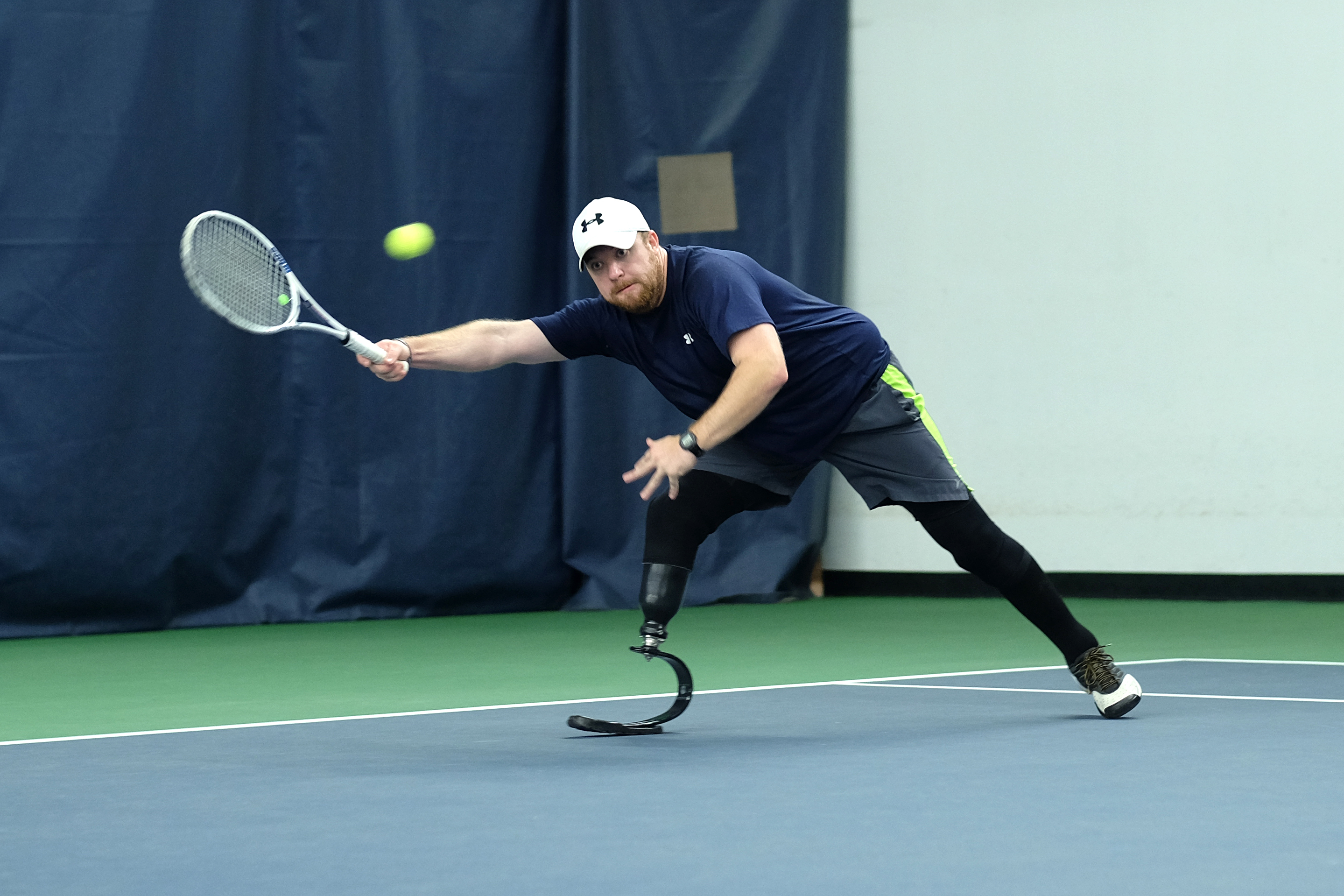 Eric Schmeltekopf / USA / Single Below Knee amputee with impairment to other lower limb.

Category B
Is for Players with an intermediate functional mobility and who can maneuver around the tennis court. Court size is reduced to 18 x 8.23 meters and an orange ball is used. 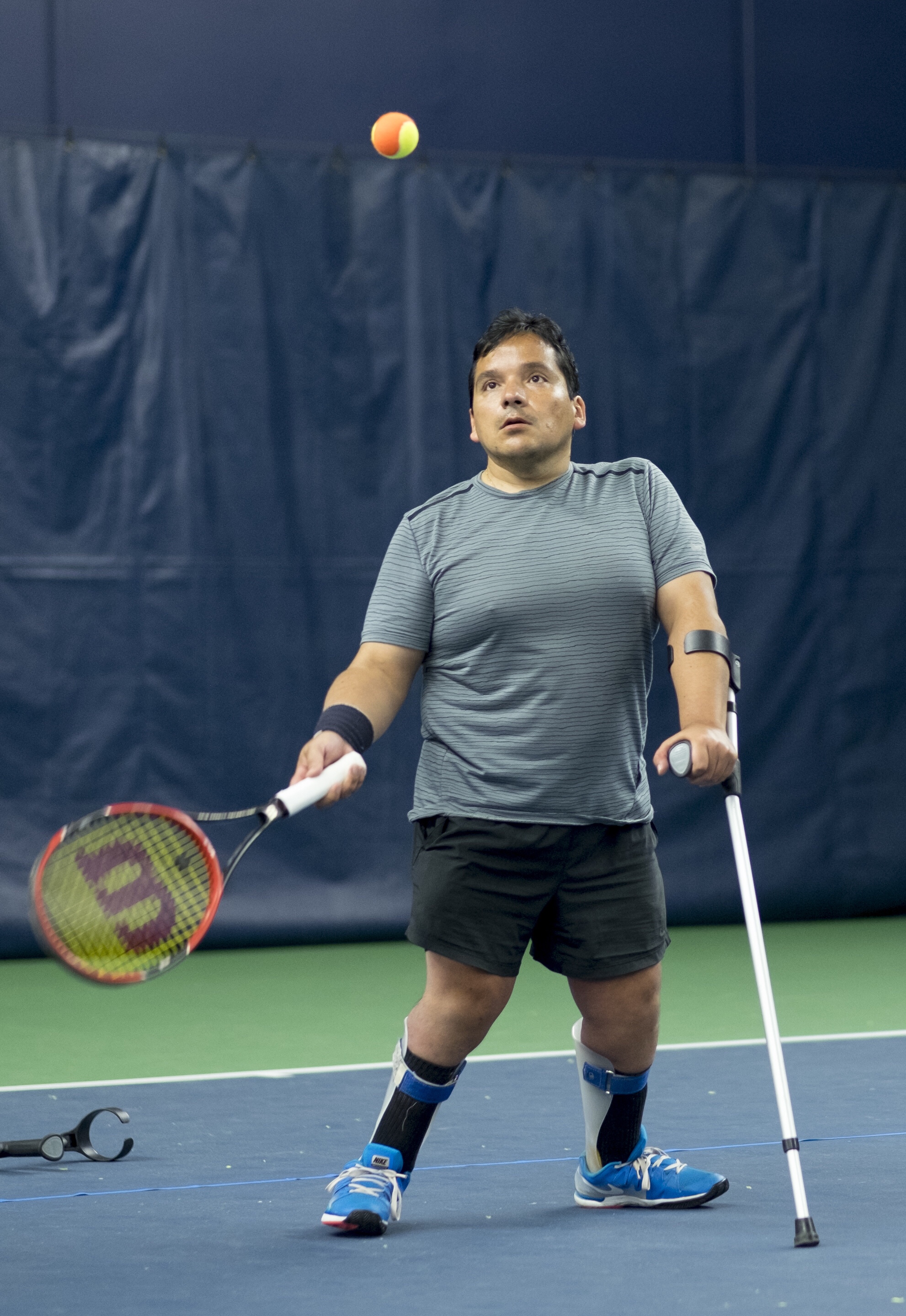 Category C
Players with functional disabilities and have some movement on the tennis court. The court size is reduced to 11 meters x 5 meters and using a respective red ball.

Wheelchair Tennis
Wheelchair Tennis is one of the forms of tennis adapted for wheelchair users. The size of courts, balls, and rackets are the same, but there are two differences. Athletes use specially designed wheelchairs to race across the court and the ball may bounce up to two times. Wheelchair tennis is played at Grand Slams, and is one of the sports contested at the Summer Paralympics .
There are three categories; Men, Women, and Quads; each category has singles and doubles tournaments.
Quads is the category for quadriplegic players and it is sometimes called Mixed, especially at the Paralympic Games. Quads players can hold rackets taped to the hand and use electric-powered wheelchairs.
Source Information – WIKIPEDIA

Tennis for the Deaf
https://usdeafsports.org/sports/summer/tennis/

Tennis for the Blind
https://www.google.com/amp/s/www.bbc.com/news/amp/uk-northern-ireland-40796581

Thanks for reading this!!! Please pass the knowledge on!